Every Franciscan learns about living the Gospel by reflecting on the enduring example of St. Francis of Assisi. His eyes were opened to teach him that Gospel-living demanded that he be a “brother to all” and that in doing so that he must become a “lesser brother” who would never use any human force to harm another person. 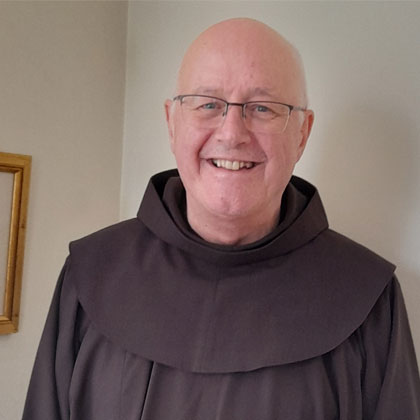 Being a “brother to all” highlights the “fraternal” dimension of Franciscan life. While being a “lesser brother” reminds us that we must live with humility in relationship to the entire created order, especially those who are vulnerable or in need.

This fraternal dimension of Franciscan life and the call to minority (being a lesser brother) have direct implications for how the Order of Friars Minor must respond to the evil of sexual abuse of children and vulnerable adults. As “brothers to all” we, friars, are called to have respect for the dignity and worth of every human being including children and vulnerable adults. Equally, our profession to live as “lesser brothers” requires that we never exploit or misuse the power that we may have as members of a religious order or as ministers of the Church.

As a community of brothers, the Franciscan Province of Ireland is committed:

St. Francis believed that his encounter with others, especially with those who were suffering, was a “transforming” experience in his life. We pray that by our diligent observance of our policies and procedures that we will be transformed like St. Francis and commit ourselves to safeguarding and protecting all children and young people.